In 2003, the Library changed its name to Halifax Public Libraries to more clearly reflect who we serve and what we do.

Halifax Public Libraries comprises 14 branch libraries, a website, and Borrow by Mail and Home Delivery services. The Library serves a population of approximately 400,000 spread over 5,889 sq. km. The collection consists of over 1 million items — including books, magazines, DVDs, CDs and downloadable audiobooks, eBooks and videos.

As part of the Nova Scotia Regional Library system, Halifax Public Libraries strongly supports other public libraries, lending more than 6,000 items per year to other libraries, including those in a government or university setting.

Get a Library Card 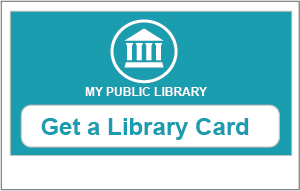