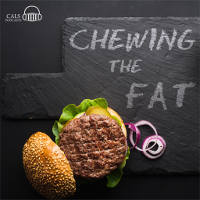 On the most recent episode of Chewing the Fat, released on April 28, Rex and Paul chew the fat about Paul's annual appearance at the Friends of the Library pancake breakfast in Imboden, the wonders of fried pies, Imboden war stories, how the traffic jam in front of the strawberry stand in Bald Knob thwarted Paul's best efforts, Slader's Alaskan Dumplings in Searcy, sad news about Bryce's Cafeteria in Texarkana, Rex's fears of a tomato aspic shortage, Paul's trip to Stamps and a side trip to Burge's in Lewisville and their legendary turkey salad, eating catfish in Garland City, calf fries, the need to get upcoming festivals nailed down on calendars, Paul's discovery that oysters in Georgia are no match for those in Arkansas, Rex and Paul's ideas about asphalt, how they've given up waiting for their historian friends to organize a trip to visit the Civil War battleground at Shiloh, Paul's possible status as the only person in Arkansas who's eaten German food at Hot Springs and Mammoth Spring in the same month, expansion plans for the store at Oark, good news about peaches, Paul's Cave City retirement plan, wood handles and bats in Batesville, and how Chewing the Fat with Rex and Paul may constitute the essence of the Arkansas experience.